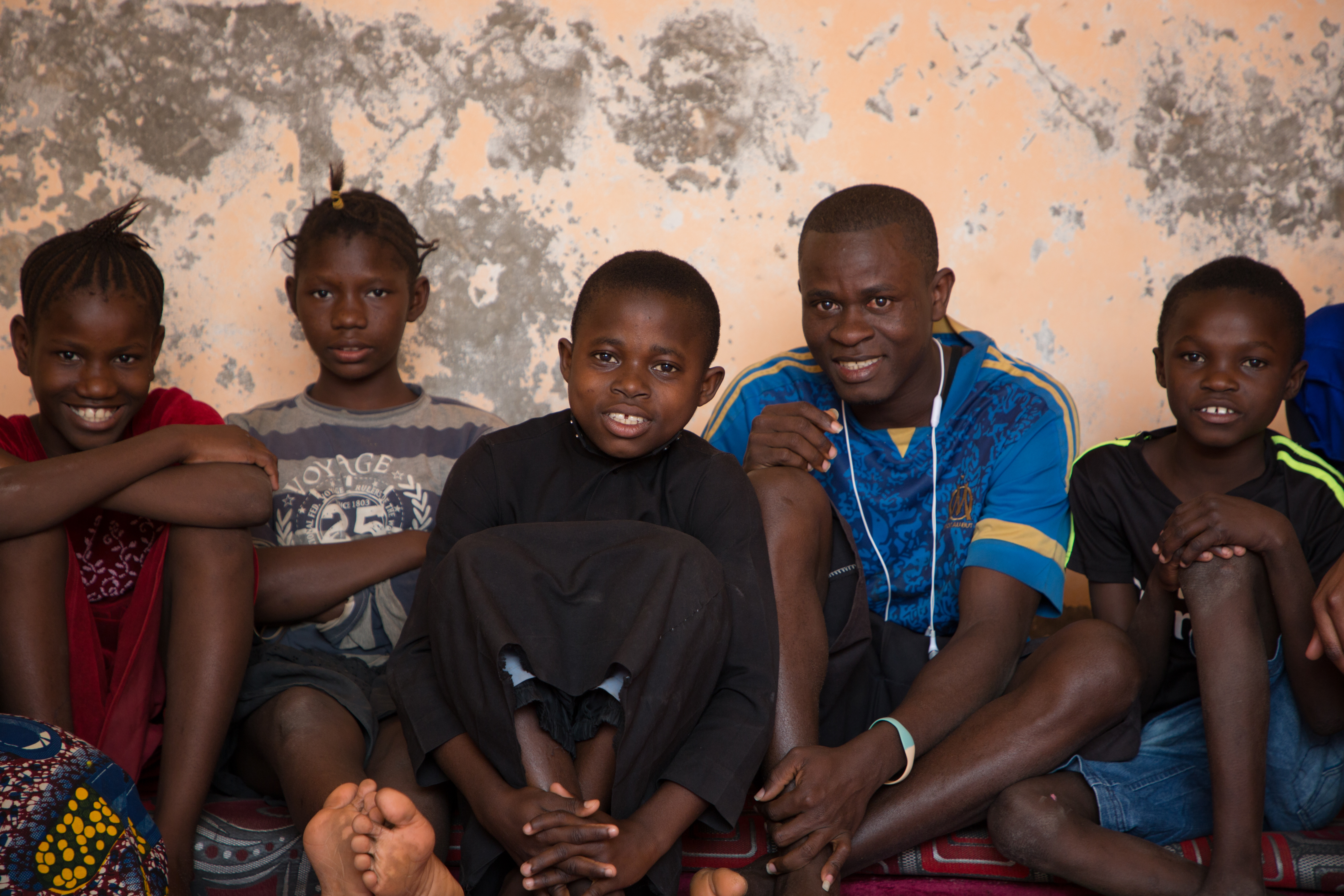 20 Oct Lost in Mauritania: A Group of Young Children Band Together for Safety on the Way Home

Posted at 13:41h in UN Communication by Sibylle Desjardins

Read the article on Ipsnews

Mauritania is known for its Koranic schools, where students from the surrounding countries are sent to learn Islamic principles and teachings. Regrettably, upon arrival, some of these students are denied admission to the schools because of factors like language barrier, or age if they are too young. They then find themselves lost in a foreign country, away from their families.

This was the case for a group of young children — K., U., A., Ad., I., Al., M. and S.* — aged between eight and 17 years old. Some of them wound up in the East near Nema, others in the West near Nouakchott. The children come from two different villages but they are all from the same country: Sierra Leone. K., U., A., Ad. and S. are siblings who lost their parents during the Ebola outbreak of 2014 and 2015. Their uncle, anxious and traumatized by devastation of the disease, sent this nieces and nephews away in hopes of getting them to a safer environment. I., Al., and M. are from one of the surrounding villages at the centre, they also travelled to Mauritania to learn the Koran.

The children share a culture and a religion, they enjoy playing the same games, they speak the Sierra Leonean Creole and, like all other young people, they share the same childish dreams. Unfortunately, they were also united by a common struggle to find stability after being rejected by the Koranic school they hoped to attend.

U, the oldest of the crew, looked after the cohort while they looked for a safe way to go back home. He gradually became their guardian in the foreign lands. He displayed high sense of responsibility, courage, and maturity — but at 17-years-old it was heavy responsibility for him to shoulder. After struggling for a few months in, the group finally met Haroune, the president of Sierra Leonean community in Mauritania. Haroune took care of them before directing them to IOM, the UN Migration Agency. The IOM country offices in Mauritania and Sierra Leone collaborated under a family-tracing programme to locate the children’s’ families. The children discovered that their families thought they were in school the whole time, and did not know that they were scared and suffering alone.

After a long journey by plane, by boat and by bus the children were able to reunite with their families accompanied by IOM workers. Their return was possible thanks to the efforts of diplomats and consulates from both countries. The children also benefited from the Assisted Voluntary Return and Reintegration programme offered by IOM to return, so that they could return to Sierra Leone with dignity. This support was made possible under the EU — IOM Joint Initiative for Strengthening Border Management, Protection and Reintegration of Migrants in Mauritania. This project allows many children to return to school and help their families create income-generating activities to support their daily needs.

*Names have been obscured to protect identities.